We still have a couple of later winter hunts for Tahr and chamois but the bulk of our hunts are over. As we are winding down here for our main season we can look back at what great success we have had. A huge thank you to all of the hunters that made this season possible, it has been great meeting some new friends and sharing our amazing country with you.

2017 was a big year of growth for us, we have been exploring some new areas for Red Stag hunting and expanding over all. Due to our extra demand I had my Brother Jimmy(James) and good friend Tim joining the team.

We kicked off our season with an Earlier Tahr and Chamois combo on the west coast which was very tough due to the weather but we had some luck and got a nice buck and broomed off Character bull on the 2nd to last day of the hunt. We then moved into out stag hunts through March and April with one of our best seasons yet on some amazing free range stags. May and June saw some quite settled weather which was nice for Tahr hunts with the odd Chamois thrown in, some great bulls were shot this year. We had two bulls scratching 14″ and quite few bulls in the 8-15 year age class which is what we work so hard to achieve.

I will let the photos tell the rest of the story: 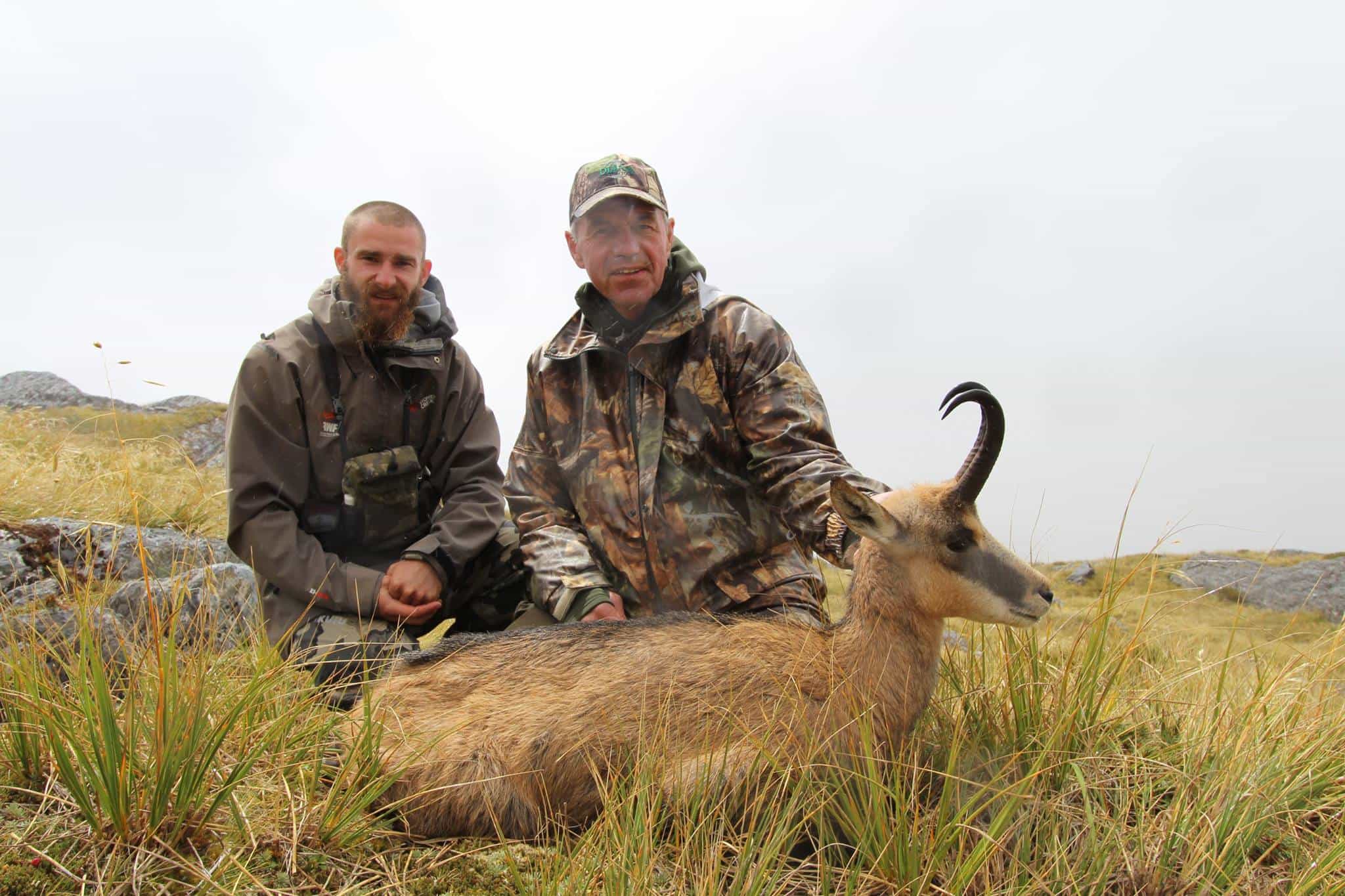 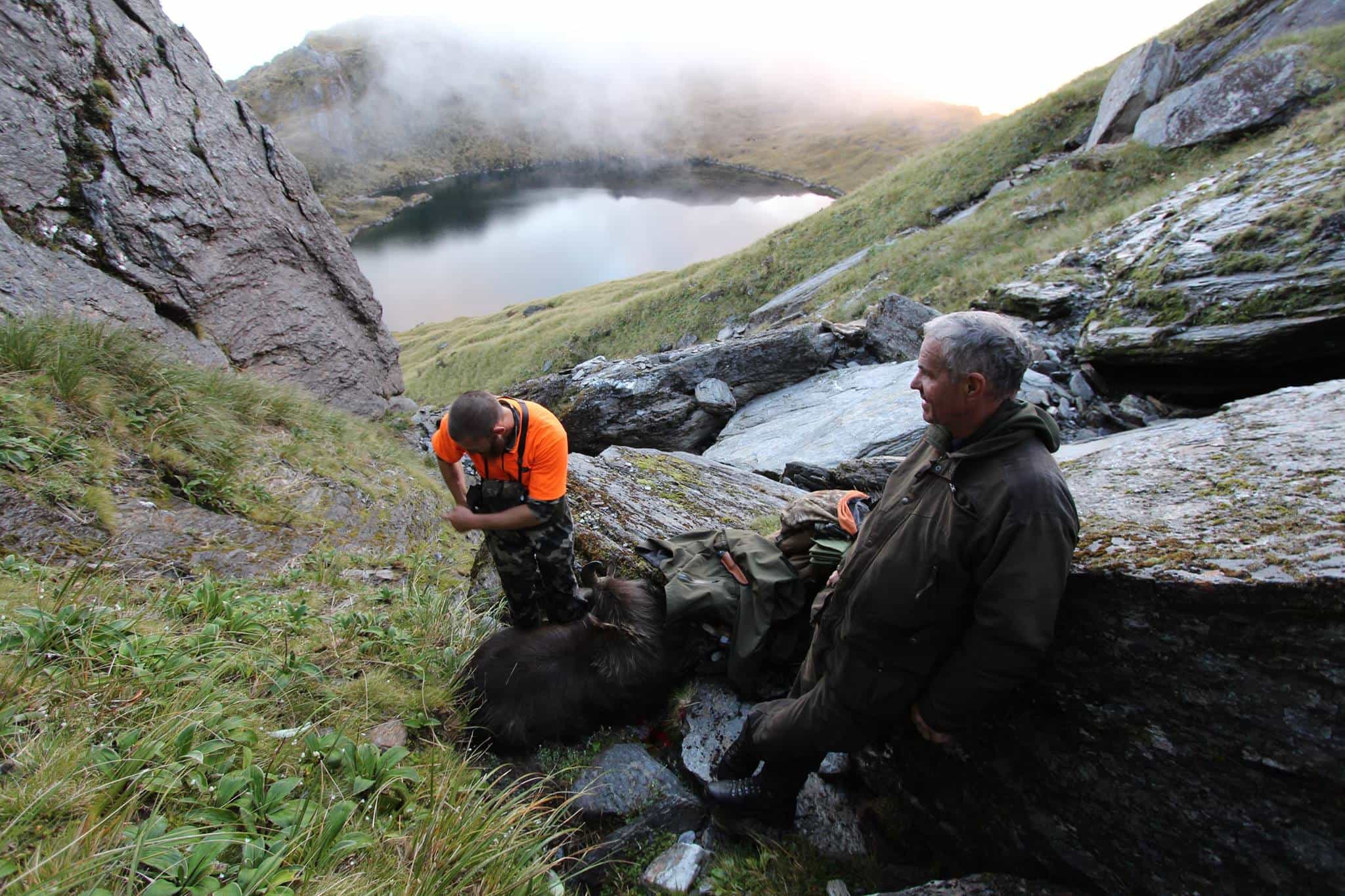 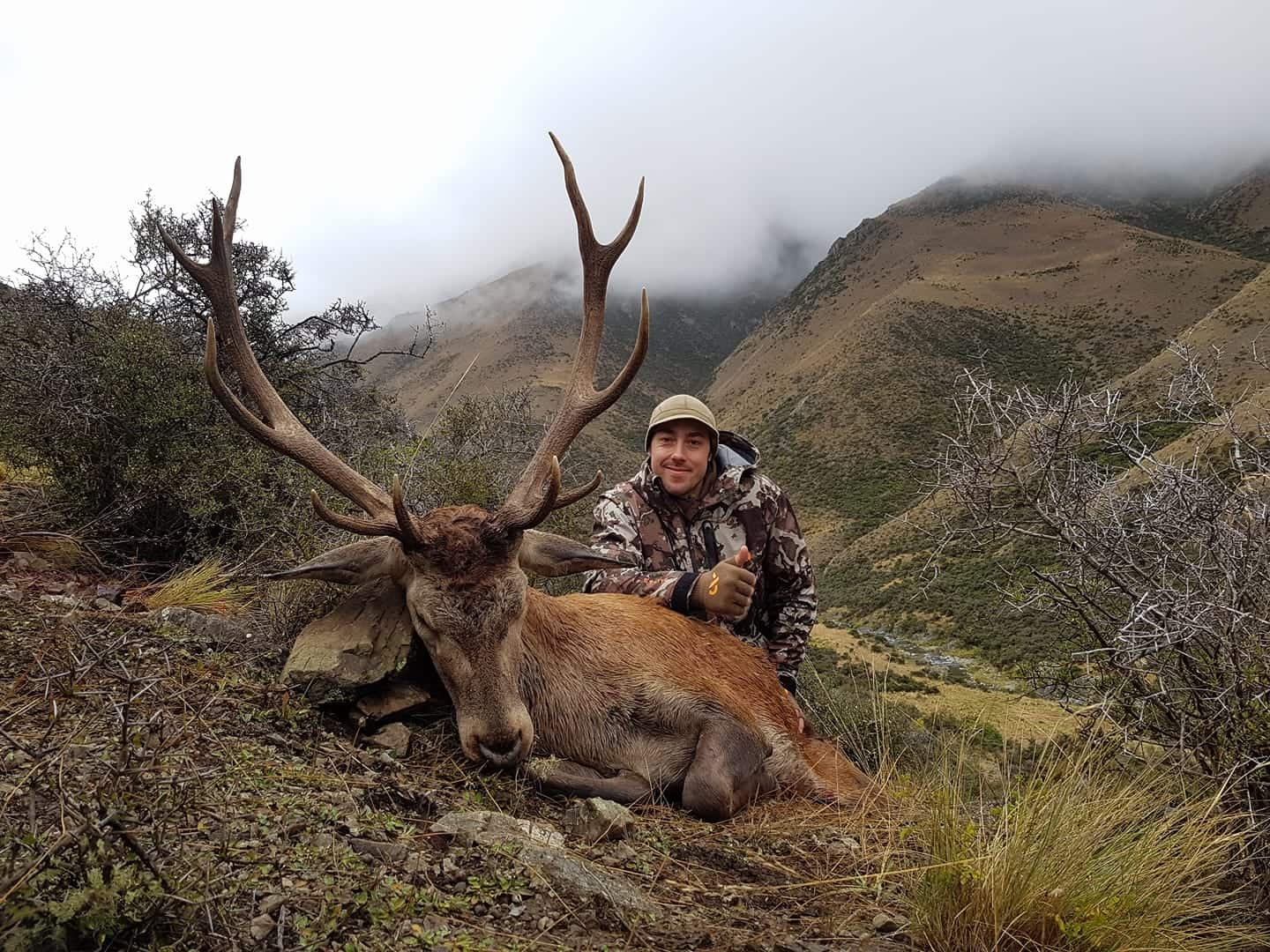 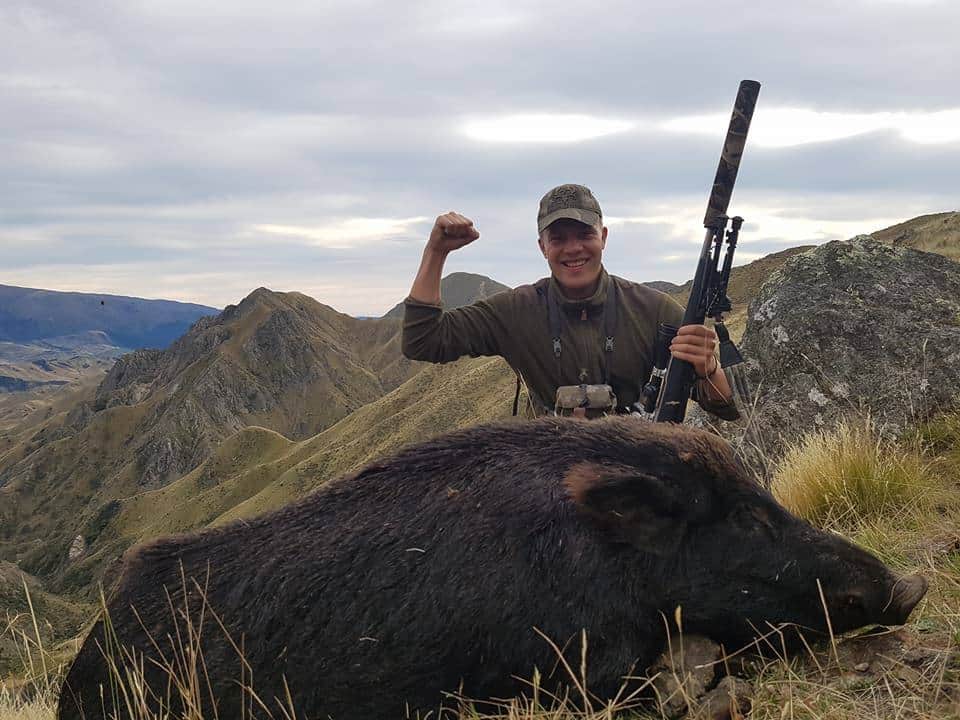 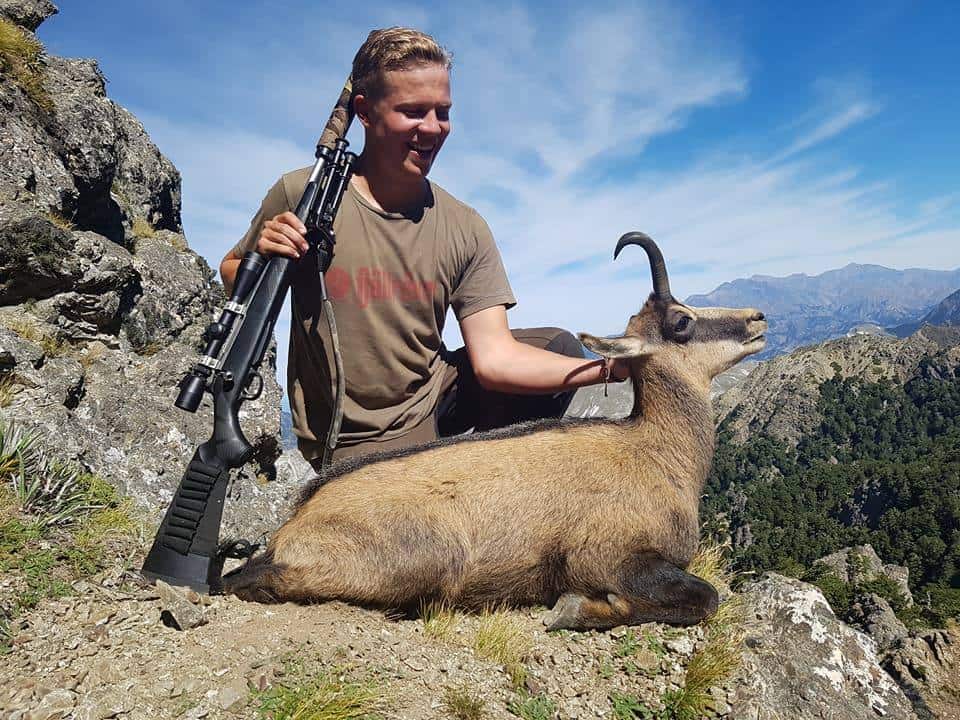 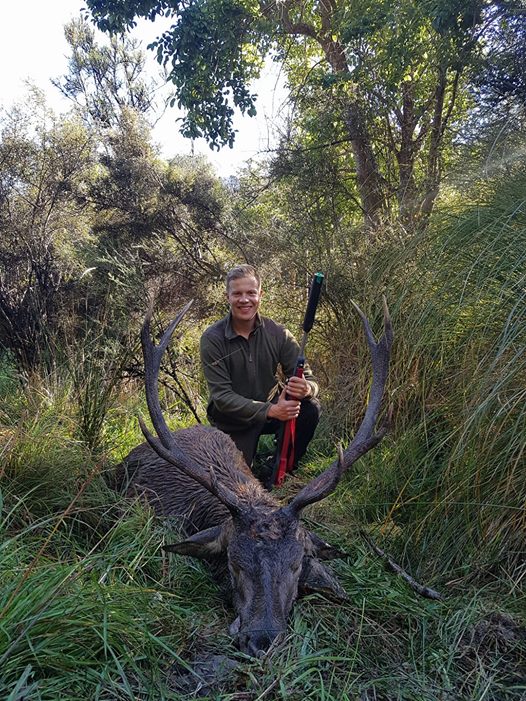 Tristan had a great hunt with us, taking a nice Stag,Chamois and a Boar as well as some goats 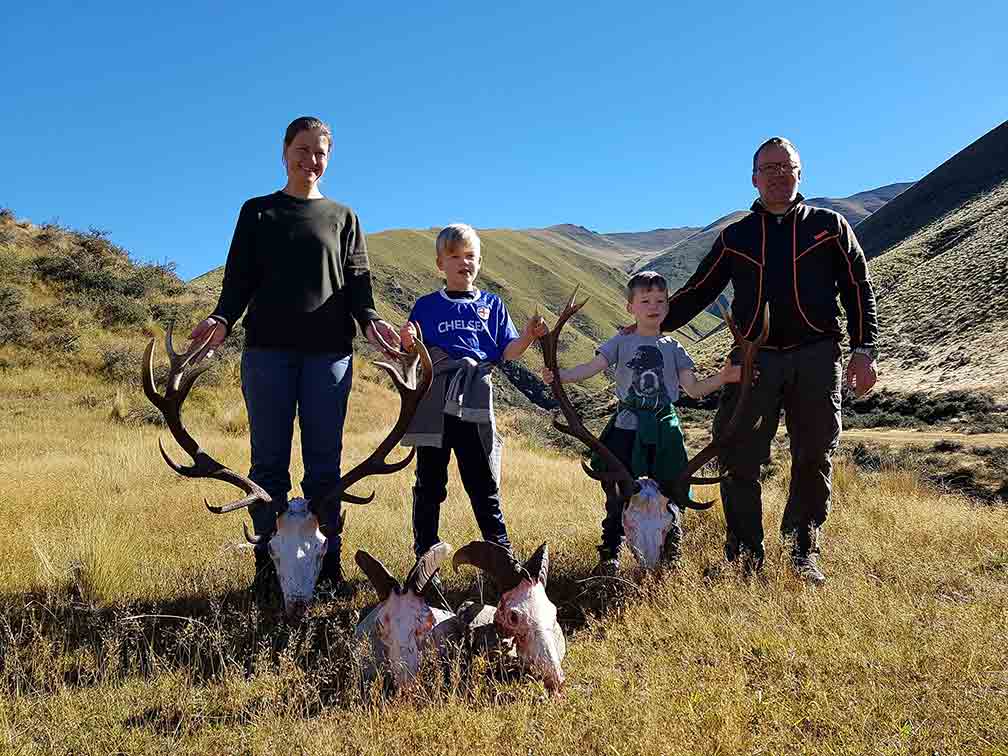 Soren, Ann and the boys Asker and Emeal had a great hunt with us, two nice stags and two great bulls, Sorens just under 14″. 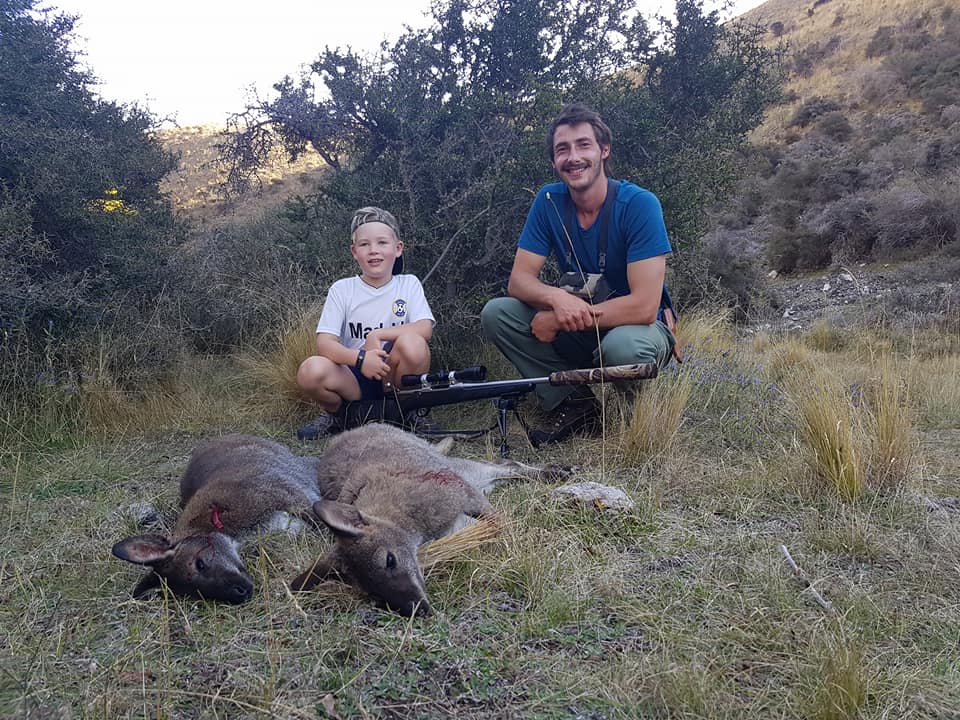 Asker and guide Jimmy with a couple of Wallabies, he also took hist first deer with us!

Bow hunters Russ and Mark then joined for us for 10 days of very tough hunting, we had some luck both good and bad, unfortunately lost Marks bull, but Russ walked away with a magnificent Red Stag taken in the last hours of the hunt. Bow hunting is never easy and these guys really worked hard for their animals.

Russ with his monster Red Stag 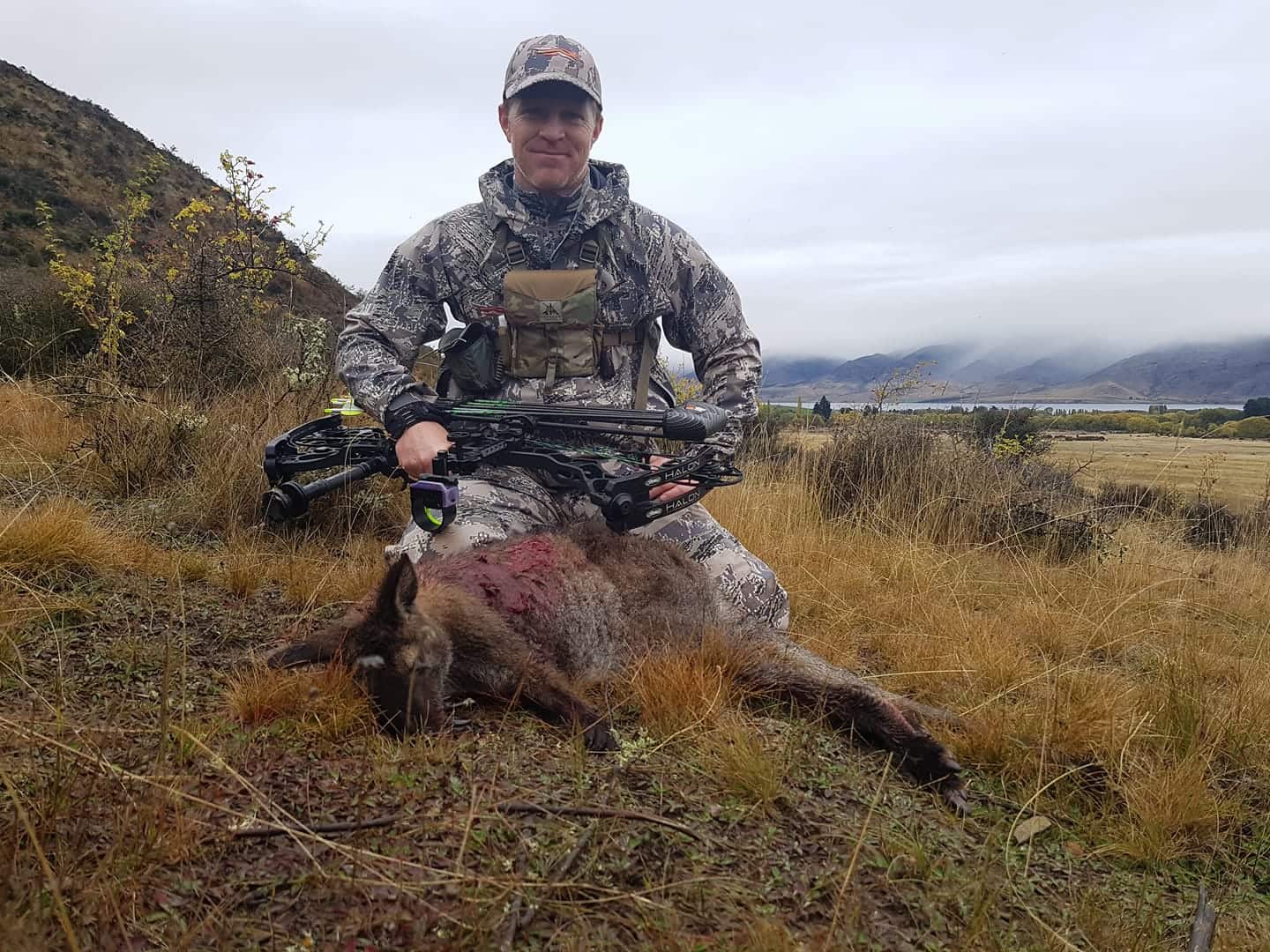 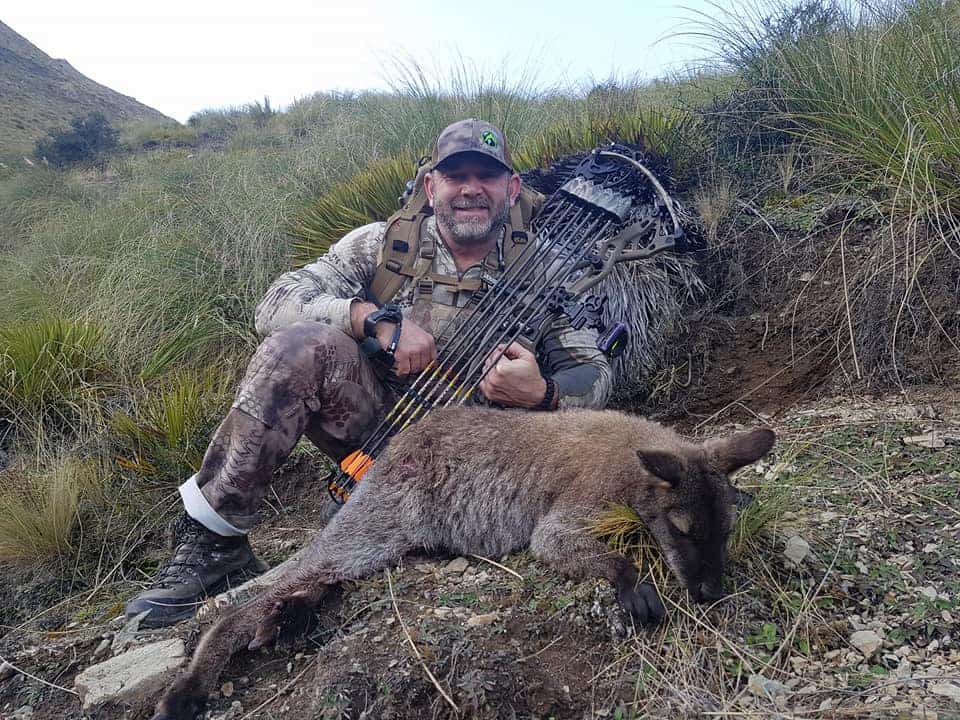 Mark and Russ both had a great time on the wallabies and pulled off some amazing shots!

We were then joined by Canadian couple Trina and Kelly who had some great success on the Stags and also got a nice bull Tahr and Fallow buck to finish off their trip. 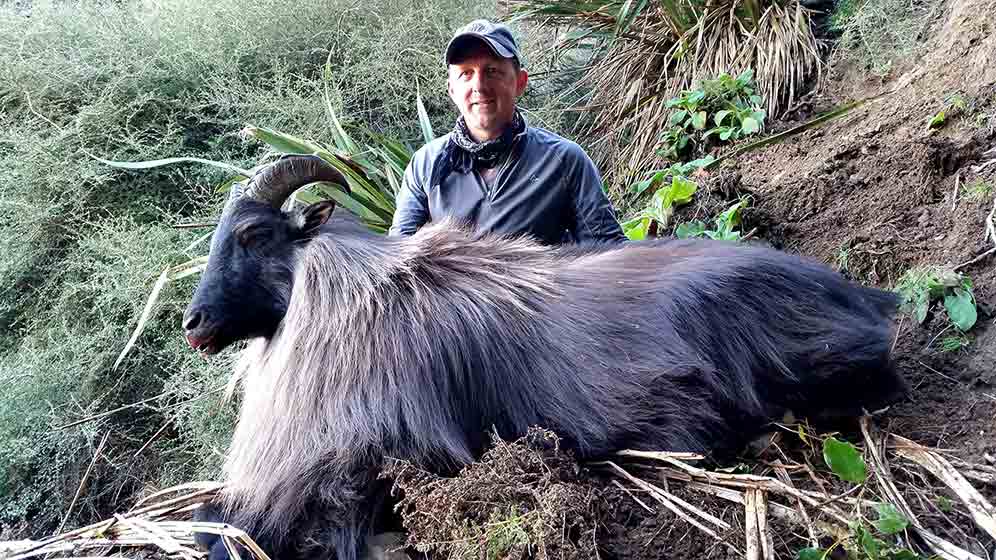 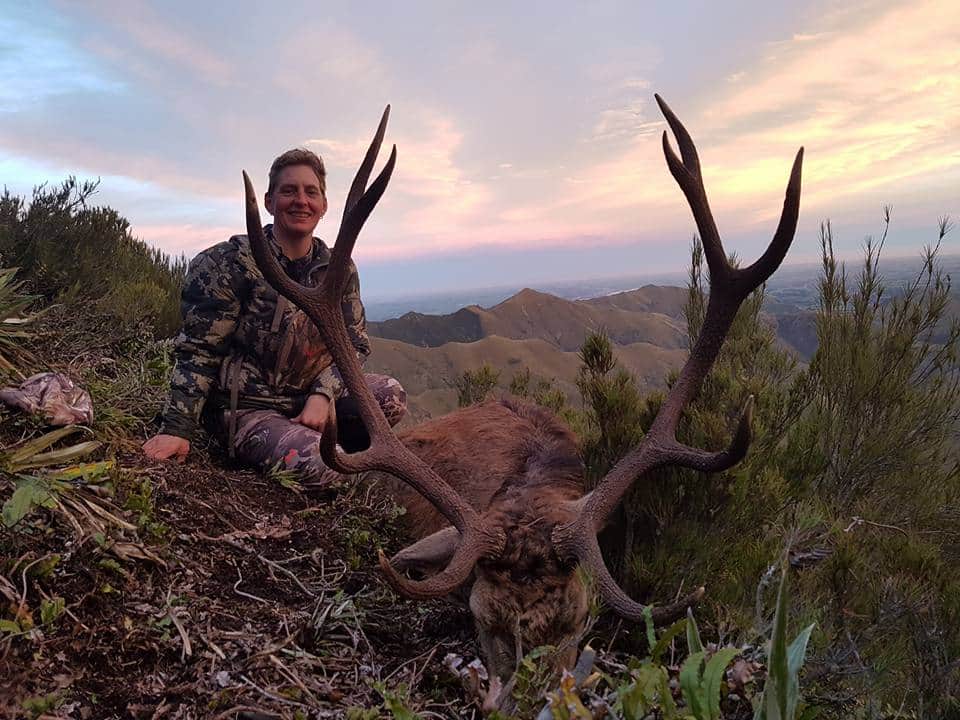 Trinas big stag was way up high after the rut. 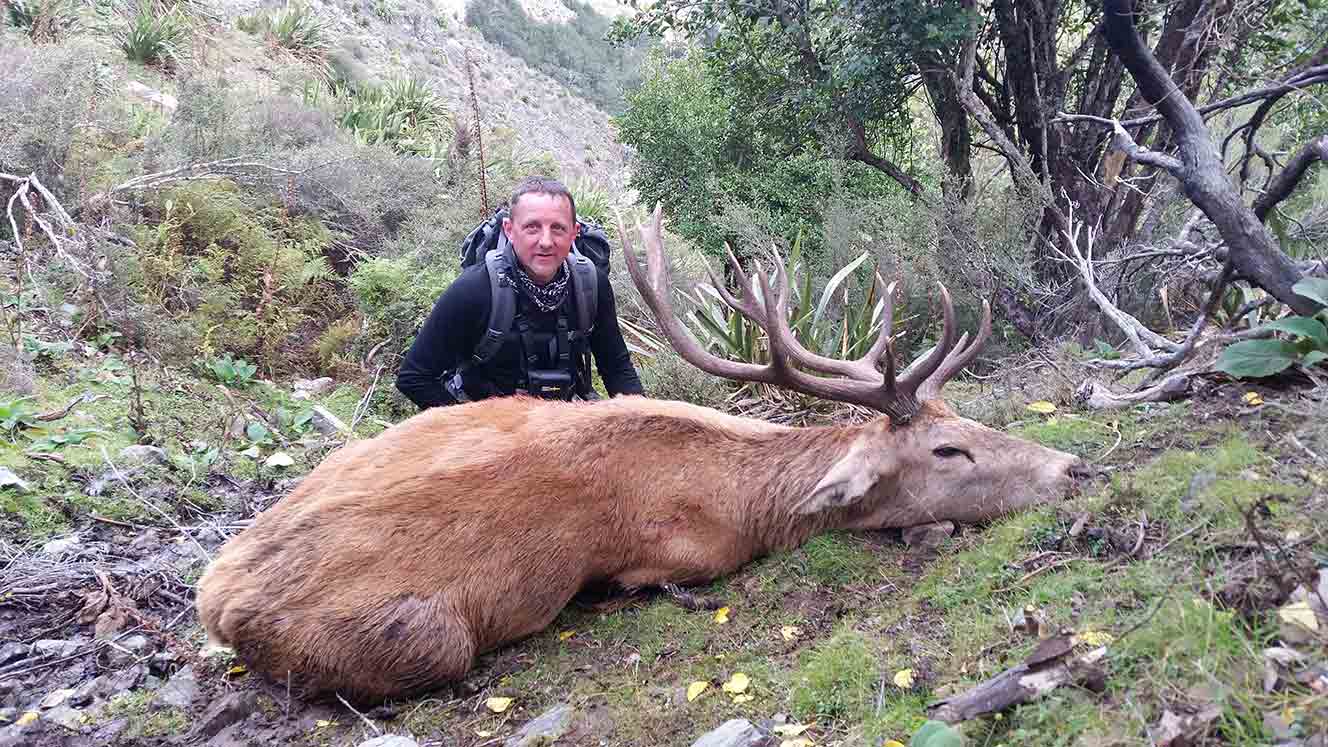 We then headed straight into our Tahr and Chamois wilderness hunts. The weather was very settled and the lack of snow kept the Tahr up high and meant we had to do some big days on the hill but it was all well rewarded. 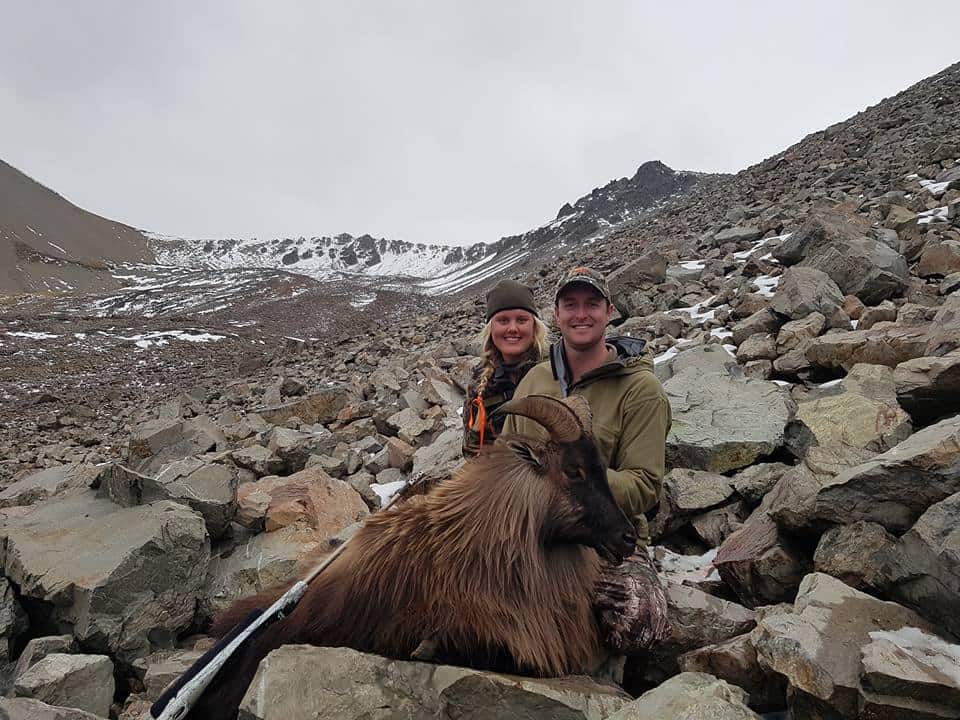 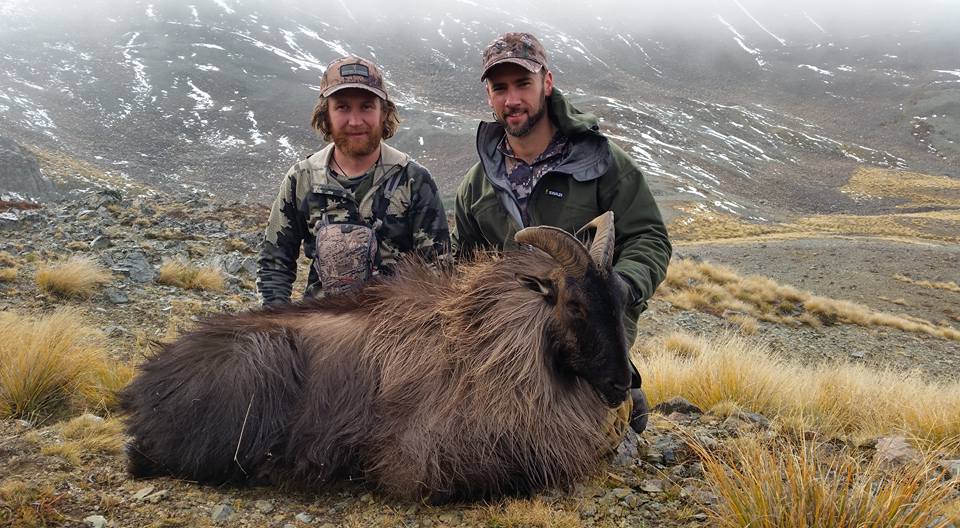 Guide Tim(L) and Nick with a 14 year old bull, does it get any better! 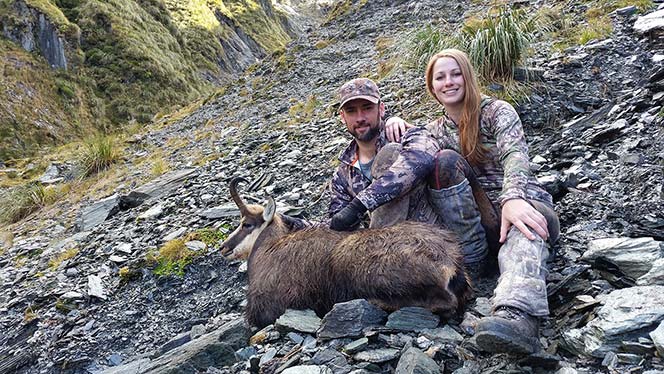 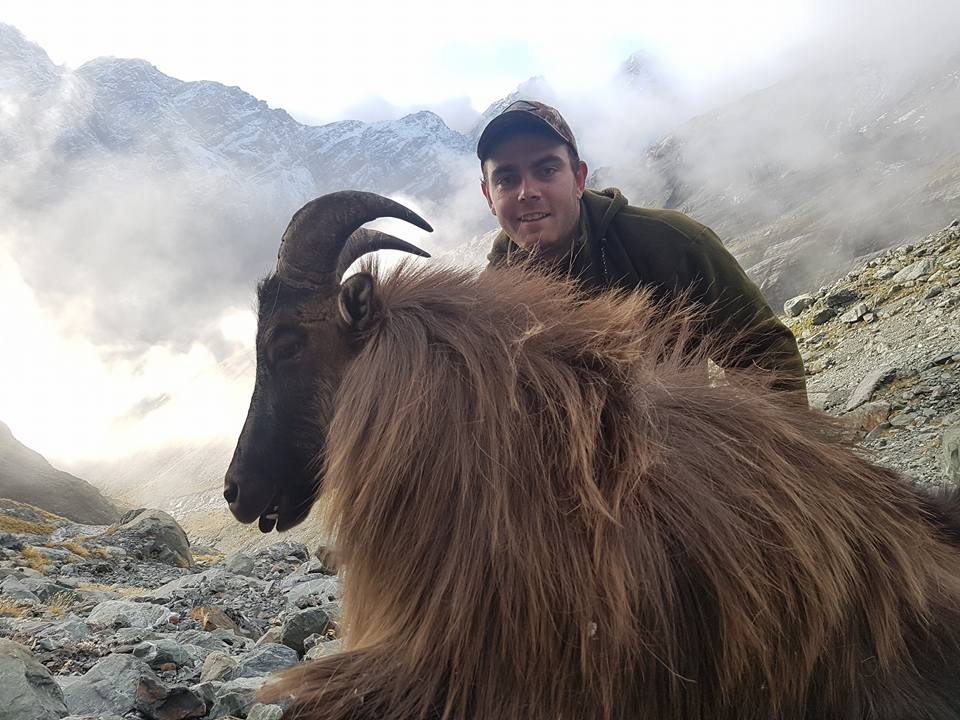 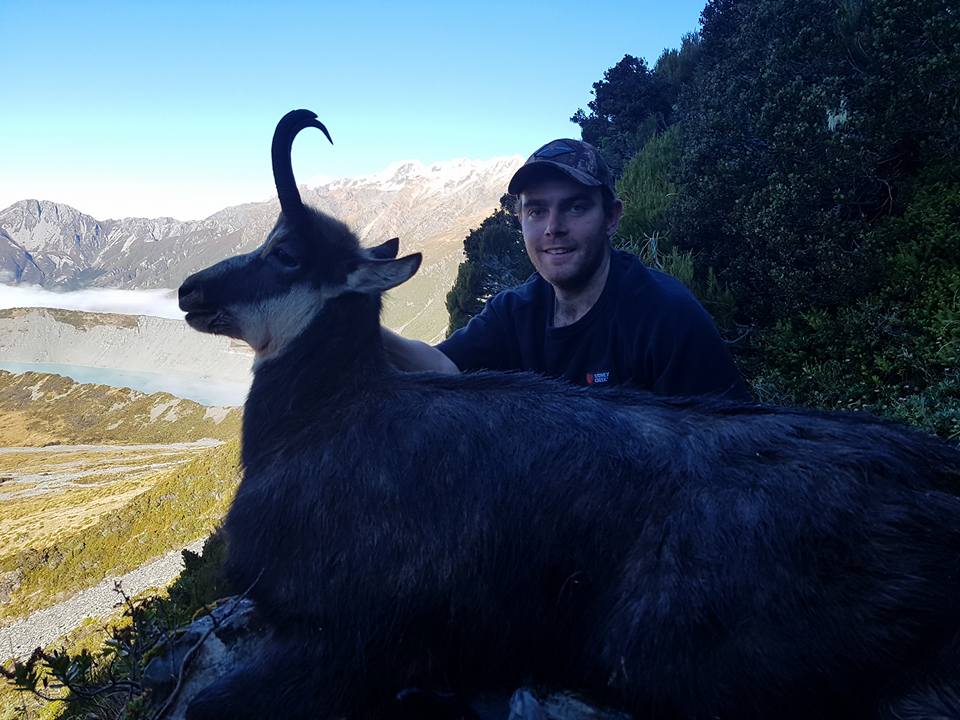 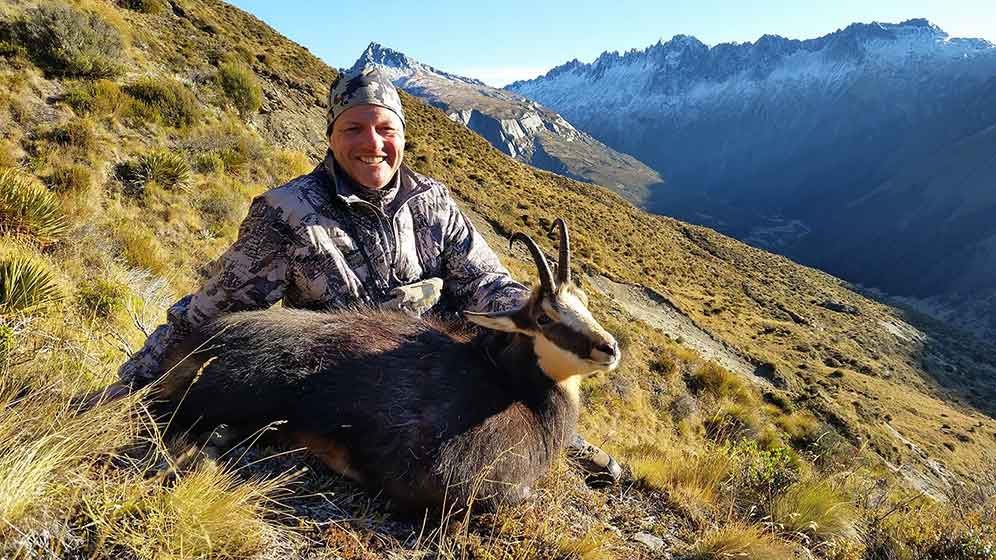 Chris with a nice buck in some stunning country 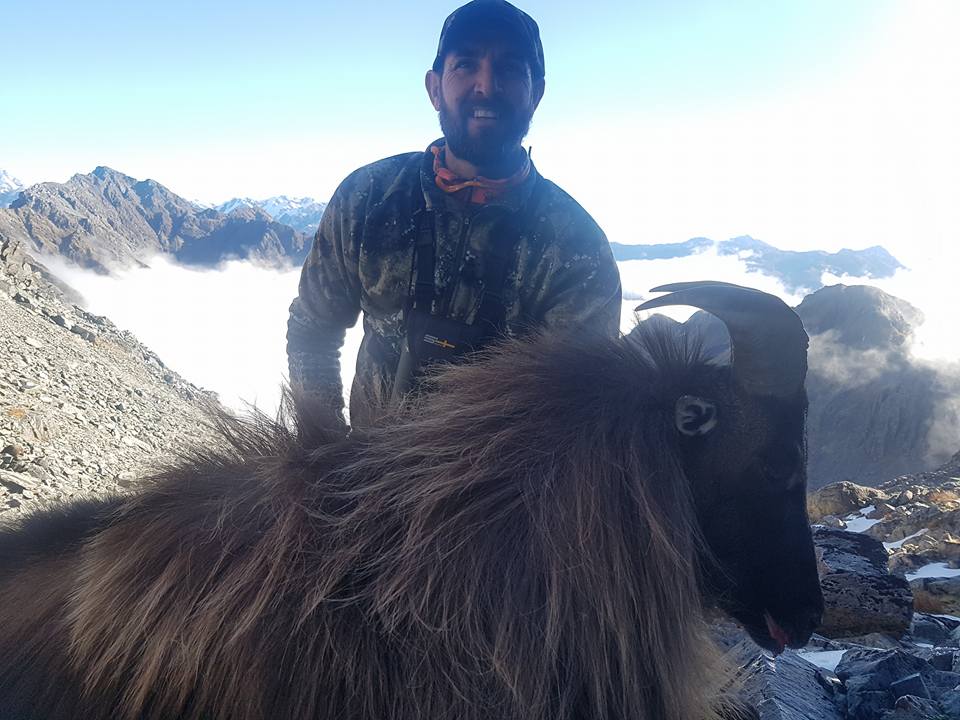 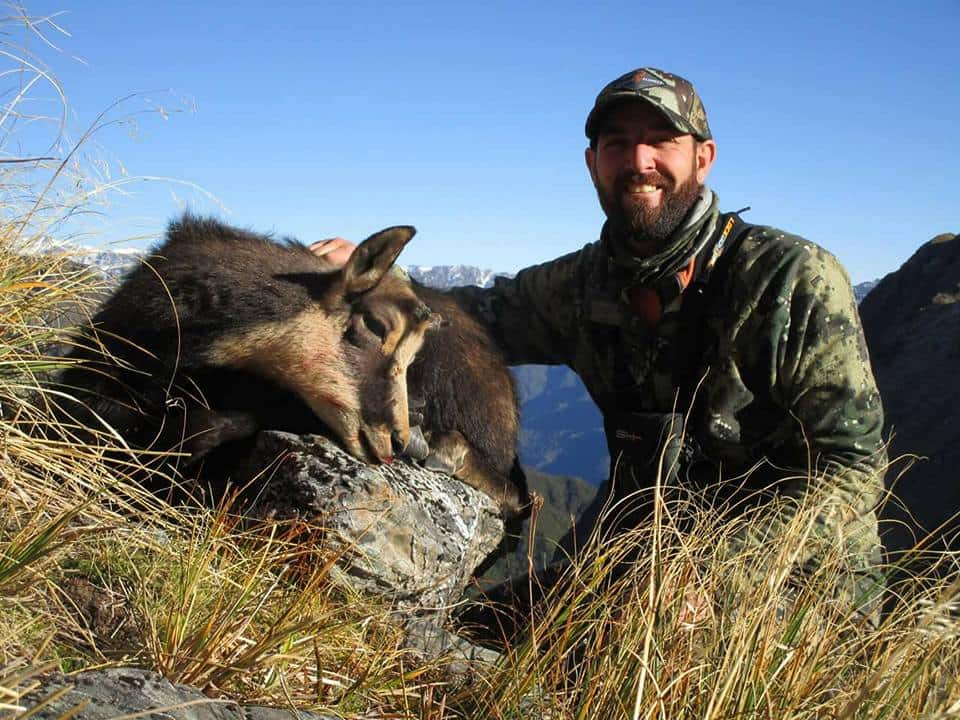 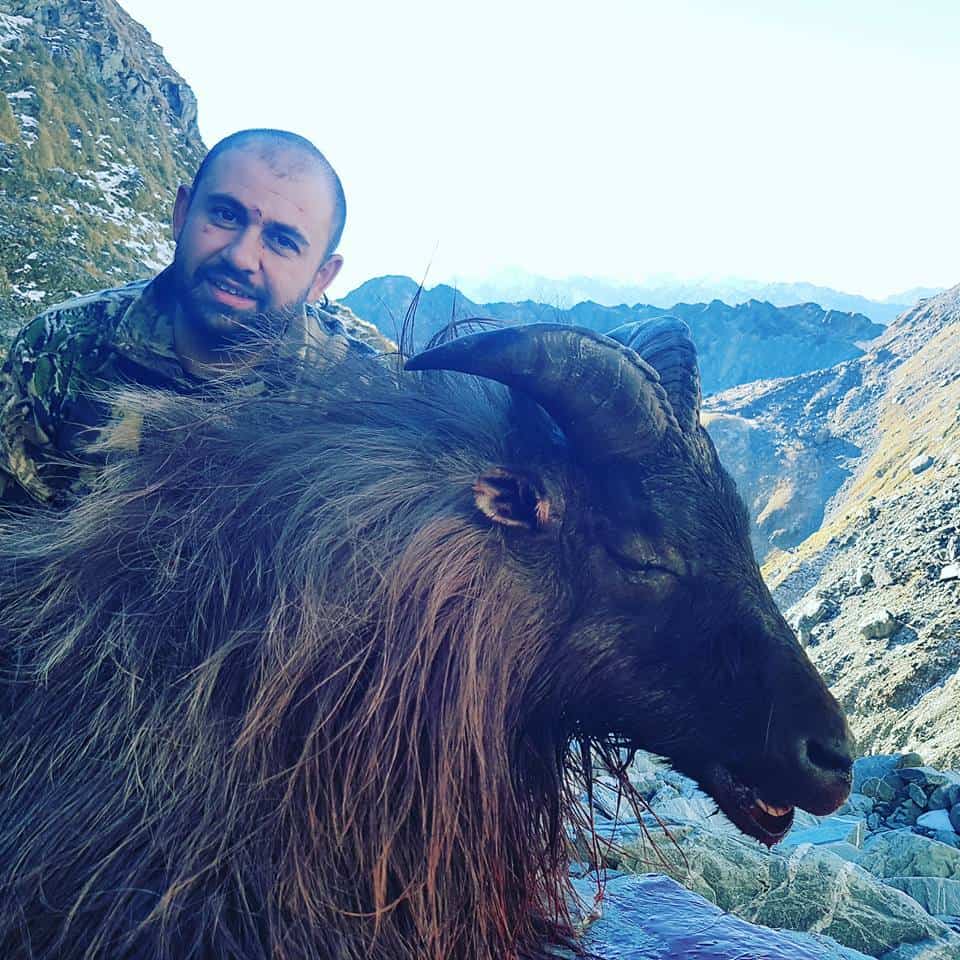 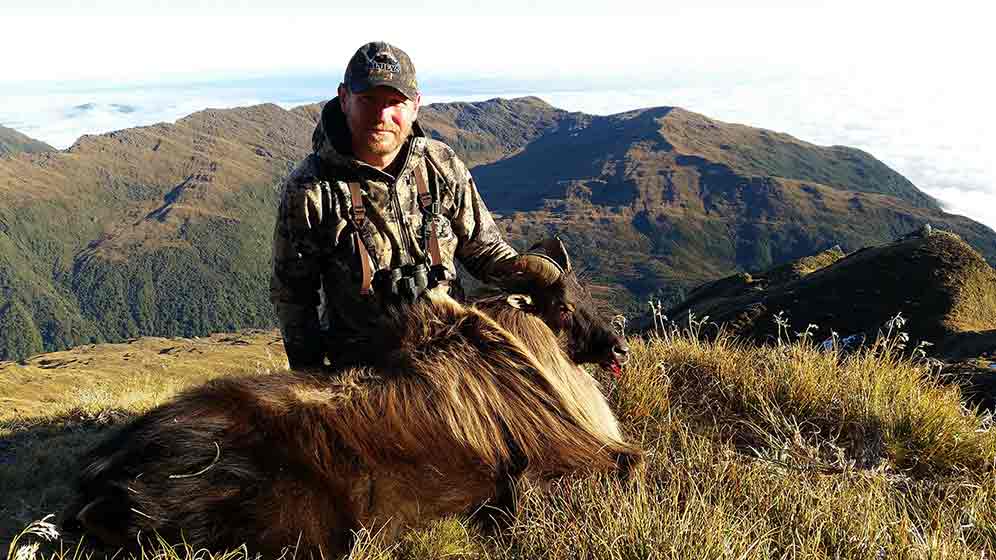 Stuart soaking up the views with his bull Tahr

Winter has arrived now and a fair amount of snow blankets the high country, we are already planning some big things for next season and cant wait to get back out into the hills for our late season Tahr hunts. Thanks, Joseph.