No doubt if you have an interest in the hunting scene in New Zealand you will, like me, follow a wide variety of media on the subject. Over the past few years I have noticed that there are consistently better “trophy” type animals being harvested. Now this could be because of the influx of ways to communicate your hunting success, I mean if you didn’t put it on Facebook, did you even shoot a Stag? Its far easier now to keep track of who is shooting what and because of the photos that get published it is easy to judge the quality rather than the old mate at the pub telling you that Bruce from down the way shot a bloody big Stag the other day. There are actually very few people I trust when they tell me they saw a good animal (maybe I’m just getting picky) but photos don’t lie.

Tim with a great example of a mature public land Stag, shot Late February this year

There have been some absolutely brilliant Stags, Bulls and Bucks coming from public land. They are big, heavy and above all else mature. Being able to assess whether an animal is in the correct age class is quite important. To be able to do this, you need to have some knowledge on what to look for and a way to correctly assess before pulling the trigger.A spotting scope is one of the best tools to have when carrying out that assessment.

Here’s a quick and by far not exhaustive summary of what I look for in a few animals. Many people will do it differently and will get the same result.

For a start let’s talk about red stags. Ever heard of ground shrinkage? Stags can suffer from this terribly if you haven’t carried out a proper assessment. Granted there isn’t always time to do this in a bush hunting situation but at least try to. The factors you want to consider are the tine strength, number of tines, overall length and width, main beam girth and the age. A mature stag’s pedicles will be low and further out to the side of the skull, leaving a flat area on the top of skull.

A mature stag on the left with low, wide set pedicles and a young stag on the right with high set, thin pedicles. You also see skull sutures(cracks) are fused fully on the older stag.

To be a great trophy, you want strong brow, bez and trez tines followed up by three (or more) royals and thick main beams. The body can give you a few clues too. A more mature stag will have a more pronounced gut as well as a thicker neck. Their nose will appear wider and in general the face looks older (sounds silly but its true). A younger animal will be like a teenager; a bit lanky and not really filled out properly. If you find a Stag exhibiting all the traits of a mature animal but the antlers are still poor, chances are they never will be and it’s a good animal to harvest (cull). A Stags peak antler growth should be at about 7-8 years old and after that, the quality of antlers will often diminish.Let’s be honest, for a red you really want 12 points(6×6) or more but in saying that, I’ve seen some massive (read 40”) 8’s and 10’s that were never going to get any better so I would have been happy to shoot them. Recently we were lucky to take a big old 10 point stag. He was old with long heavy antlers; he was just missing bez tines. He was shot by a client, but I defiantly would have taken him if I was behind the gun! Length wise the dream is to hit that magical 40” mark. I still don’t know the best way to tell exactly how long a stag is but using the length of the skull is a method I’ve been told about. A mature Stags skull is about 16+” long so if his antlers appear to be 2.5 times as long as his skull, he’s probably near that 40” mark. I think if he can easily scratch his bum with his antlers, they’re quite big!(Another thing I look at his antler length to body size, a Stag is roughly 40″-45″ high at the shoulder so this is another indicator to use) 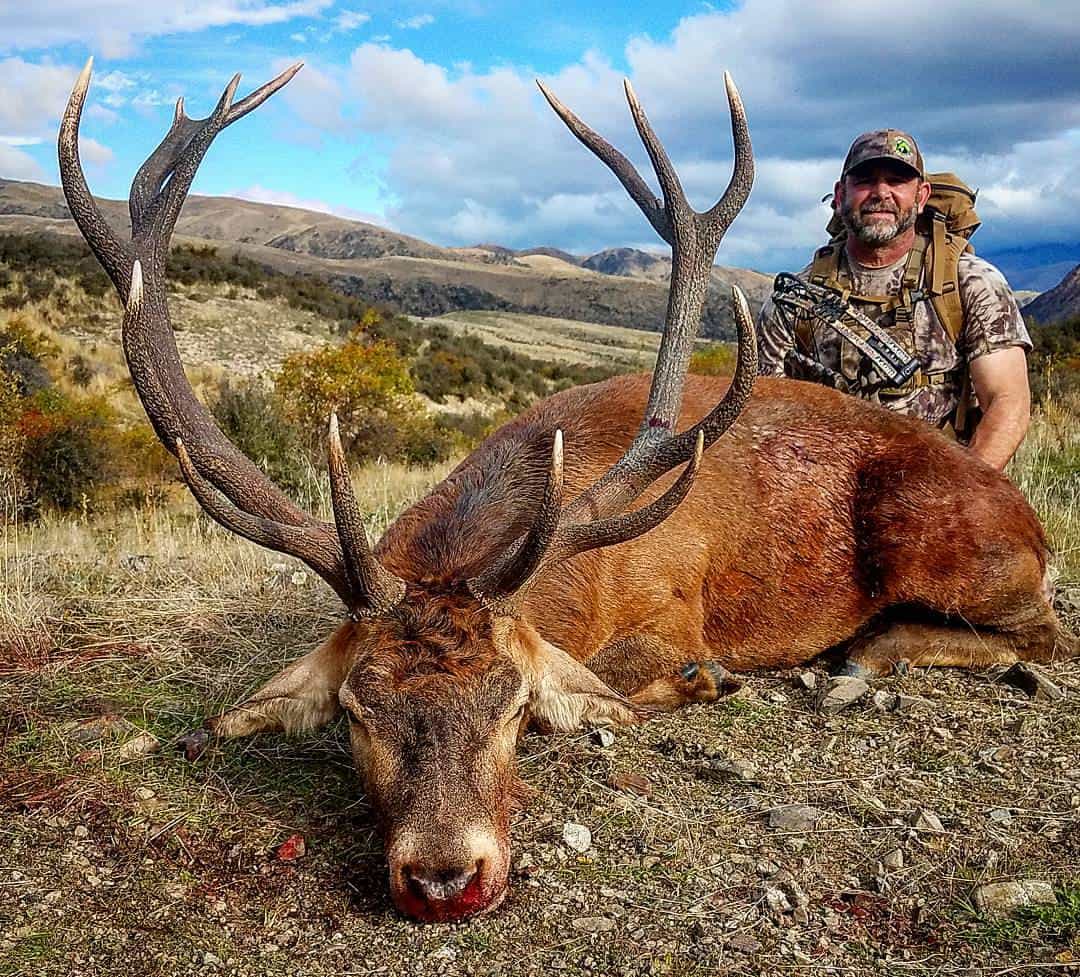 What we all dream of! a mature 40″+ Stag with 12 strong points, breaking the magic 300″ Douglas Score

There’s also character trophy’s and cull stags (as mentioned earlier) to consider. A cull stag is going to be one that will never be considered a great stag and has traits that may not be considered desirable such as missing or weak tines, narrow width or small timber. Don’t get caught out by looking at a young stag which may appear to have some of these defective traits, but really he is just young so hasn’t fully developed. As for character trophy’s, they can come in all sorts of forms and it’s usually up to the person pulling the trigger. They again are probably never going to be a great stag but they have traits that just make them interesting. I’ve seen heads with split beams, drop tines, multiple pedicles, bent beams you name it, it can happen. It can be genetics or damage done during early stages of velvet. These heads can make a great talking point and always draw attention. 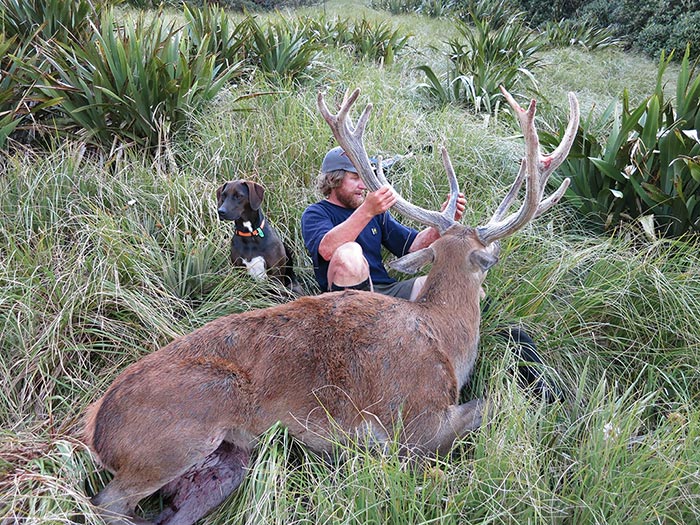 That’s it for stags, next we will go over Tahr and Chamois which due to small horns for their body size and only an inch or so between an ‘average’ and ‘trophy of a life time’ head makes them both very difficult to judge in the field.